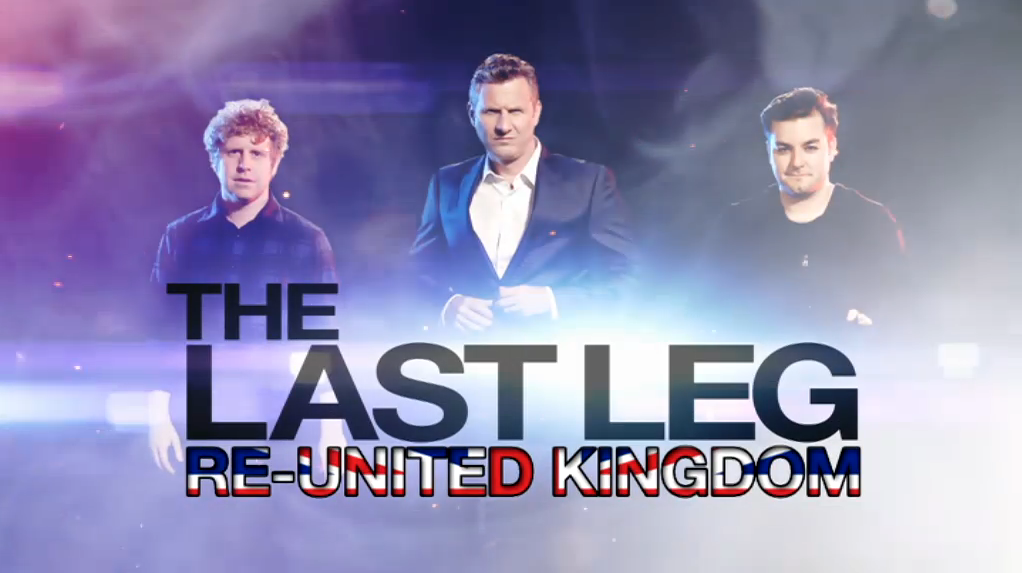 Filmed at the London Studios, The Last Leg is a live topical comedy show hosted by Adam Hills, Josh Widdicombe and Alex Brooker which looks back at events in the news from the previous week, along with interviews with celebrities.

The Re-United Kingdom special aimed to inspire the public to resolve animosity between people they had fallen out with, as part of the Great Get Together Campaign. Politicians appeared in pre-recorded skits where they were stuck in the ‘Lift of Reconciliation’ with another politician they disliked and found common ground with. This provided some humorous moments including Tony Blair explaining the meaning of ‘Netflix and Chill’ to William Hague and Ed Balls showing Michael Gove how to do the Gangnam Style. Some members of the public who had resolved arguments with each other were shown in a ‘Excuzzi Jacuzzi’ together.

RML have been providing lighting for the weekly show in the studio and the rig consists of the Clay Paky Sharpy, Alpha Spot 300 HPE, Martin Mac Aura, Showtec Sunstrips and one of our more recent additions to our hire stock the Philips Showline LED SPOT 300.

For the Re-United Kingdom special, part of the show aired outside and despite the recent sunshine, you can never really trust the British weather so a host of waterproof fixtures were employed including the Pixel Range IP Rated Pixel Line 1044 and Pixel Par 90 (IP65) and the Pulsar Chroma Flood TC. The units were used to light features such as the Excuzzi Jacuzzi as well as a performance of One Day Like This by rock band Elbow.

With recent events casting a shadow over the nation, The Last Leg: Re-United Kingdom was a truly special programme highlighting that we really do have more in common with one another and something RML is proud to have been a small part of.