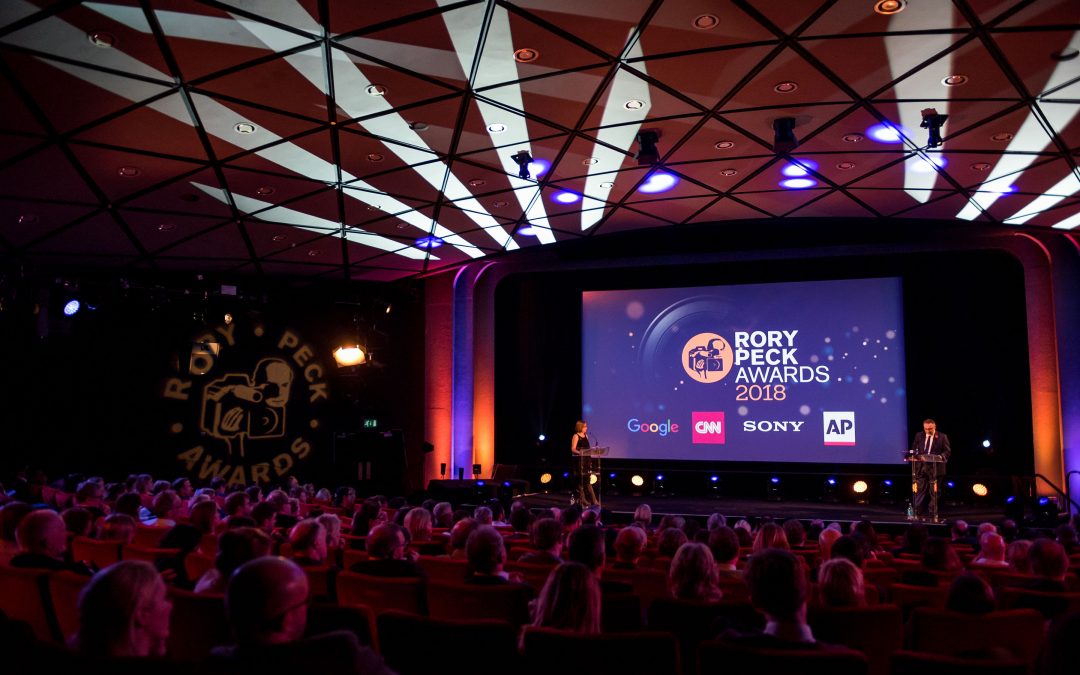 Richard Martin Lighting was delighted to once again be a part of the Rory Peck Awards 2018.

This Awards Show was established in 1995 which uniquely honours and celebrates freelancers working behind the camera in news and current affairs – the video journalists, film makers, cameramen and women who work independently and tirelessly, often without the formal support or back up of a large media organisation and often in places of conflict.  The Awards were presented by Alex Crawford and Jeremy Bowen at The BFI Southbank, London.

The entire lighting design was created by the imaginative Malcolm Reed who utilized Richard Martin Lighting units; the VL4000 for their optical spread, Sharpys for the modest beam work and last but not least Robe 600 for their creative colour wash.

Malcolm Reed said “The venue is predominately used as a cinema, so there is a distinct lack of lighting available so the lighting brought a lot to this event giving it an awards look with a touch of glamour to the background, lighting the presenters and nominees.”

“ Richard Martin Lighting provide a great service, in my opinion no other company can match them for quality and service, the crew were outstanding too.”